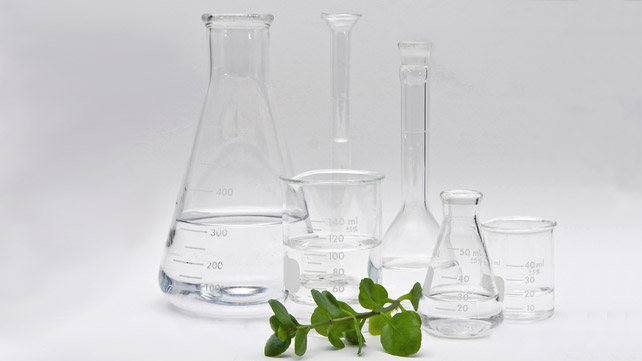 A compound developed in a pharmaceutical lead optimization project as a racemic mixture was separated into constituent enantiomers A and B using Supercritical Fluid Chromatography (SFC) with UV (230 nm) detection. The enantiomers were tested competitively in a rat efficacy model, and plasma was drawn from the animals for pharmacokinetic assays. In the course of the efficacy study, unexpected off-target effects were observed and the team suspected in vivo racemization.

Unfortunately, insufficient compound remained for further in vivo work. In fact, only small residual samples in the vials of a mixture of the two enantiomers and of the active enantiomer A were available.

Given that an SFC method for rapid separation of the enantiomers had already been developed, a rapid SFC survey of the plasma samples for enantiomeric excess (ee) was the ideal way to answer the concern. However, detection by UV absorbance is problematic with plasma extracts. An added concern is extensive sample preparation which may reduce recovery of the drug from plasma beyond conventional SFC detection limits.

The decision was to try SFC-MS detection on very crude extracts from the remaining rat plasma samples. We hoped ee determination, which is limited by the abundance of the minor isomer, would be possible.

SFC-MS, used with a chiral separation method identical to the one used to produce the tested enantiomers, is an appropriate and useful technology for studying their behavior in pharmacokinetic studies, and may prove useful if racemization in vivo is suspected.