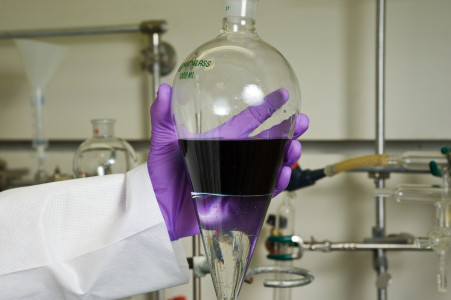 Targeted Isolation™, also known as Impurity Isolation, is a problem-solving process in which we strategically design economical ways to isolate specific peaks of interest.

To a great extent, the source material for the impurity, whether API, drug substance, drug product, stress degradation sample, or an isolate such as a mother liquor determines the nature of the process. Once the source is understood, an isolation strategy is developed that leads to an enriched sample and finally a purified sample of the peak. Our strategy leverages the rapidity of method development in SFC, as methods for enrichment and isolation are often developed independently.

Two primary isolation strategies are used in our laboratory: Enrichement and Direct Isolation. The enrichment strategy involves removing the main peak, or isolating a fraction of the chromatogram containing the desired peak. Using direct isolation, a specific SFC method is developed that resolves the desired impurity peak, and the peak is collected as a purified isolate. These approaches are used alternatively and in tandem, depending on the nature of the sample and the problem.

Finally, the process developed is used to isolate sufficient material for “tube scale” NMR: 10 to 20 mg. This quantity is accessible using rapid processing of feed by SFC, and it greatly reduces resources consumed in structure elucidation.