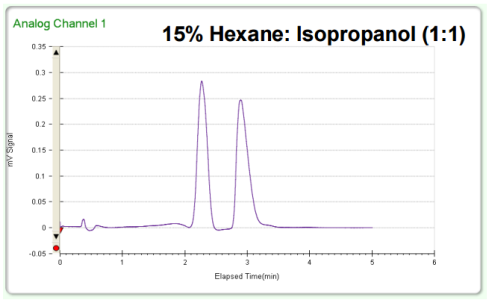 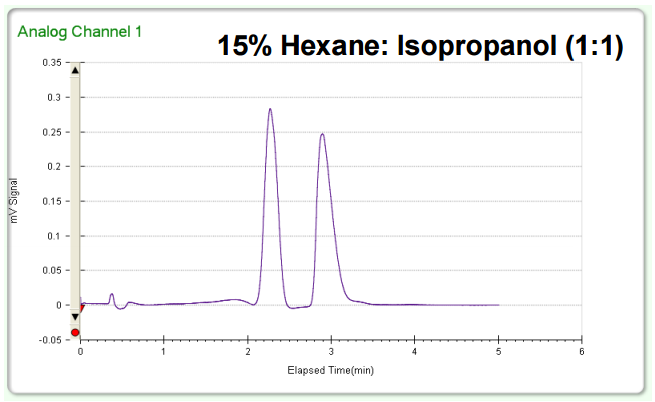 In this article we discuss using hexane mixtures as modifiers in SFC to enhance chiral resolution of racemic pharmaceutical compounds. Hexane (or hexanes, heptane, pentane) is a common solvent in normal phase HPLC. However, it is infrequently used in SFC as its “solvent strength”. It is believed to be similar to that of super- or subcritical CO2.

Hexane has been used occasionally to increase the percentage of liquid in the SFC eluent and enable efficient fraction collection. It is often difficult to collect fractions efficiently at low liquid concentrations in preparative SFC, as the large amount of CO2 may drive a fine mist of compound into gas exhaust lines.

A combined liquid modifier in the eluent, e.g. 50:50 hexane:isopropanol, often results in a higher liquid concentration with equivalent elution profile, and a better fraction collection result.

In our laboratory, experimentation with hexane augmentation of common alcohols used as eluent modifiers has more often than not resulted in a change in chromatographic selectivity. In the attached poster, we present examples where this change offers enhanced chromatographic performance and suggests that further experimentation is warranted and desirable.